Kicking Bad Hips to the Curb 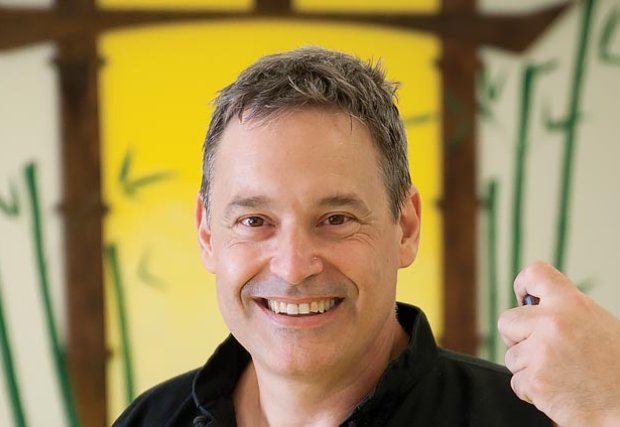 When Ron Massaro, 50, had to give up martial arts, his favorite hobby, due to pain in his left hip, he knew it was time to stop putting off the inevitable – another hip replacement. But he was confident in his orthopaedic surgeon, Daniel Lamar, MD, who had replaced Ron's right hip four years ago.

Dr. Lamar says replacing hips at Ron’s age is not the norm, but his hip degeneration was due to genetics. When people are active, repetitive motion can lead to inflammatory arthritis and osteoarthritis. “If your joints are not resilient, it starts a downward spiral and the cartilage breaks down,” says Dr. Lamar. “We knew what the problem was, so he decided to get the left hip done to get back to his active lifestyle.”

Ron says Dr. Lamar did a fantastic job on his right hip, so he knew he was in good hands. “We knew the left hip would eventually need to be replaced, but we were trying to buy as much time as possible,” says Ron. “But I am so thrilled to be back doing everything I was before, including the kicking and basic moves of martial arts.” He says his experience at Lakewood Ranch Medical Center was amazing, and he received the best care. “The nurses and Dr. Lamar did a wonderful job, and I couldn’t be happier.”

In the hospital for only three days after his hip replacement, Ron says they got him back on his feet right after the surgery. “We had a group therapy session, and it was like a friendly competition, each of us encouraging the other to go a little further,” says Ron, who is thrilled to be back to doing Wing Chun, a form of Kung Fu. “I now do mixed martial arts three to four days a week, for about two hours each session. The kicks are all below the waist, which is perfect! Many people think you have to give up activities after hip replacement, but I am proof you can resume an active lifestyle. That, coupled with an amazing doctor and excellent hospital care, you can’t lose!”

The Orthopaedic Spine and Joint Center at Lakewood Ranch Medical Center can help you return to an active life.

Know What to Expect: Take the Pre-op Education Class!

Whether you are just looking for information or actually need to have joint replacement surgery, Care Coordinator Caroline McGrath discusses what you can expect before and after surgery, as well as hospital orientation, physical therapy, occupational therapy and discharge planning.